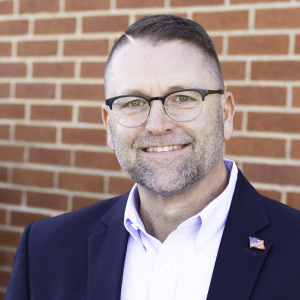 Avery Smith, a native of Ada, Oklahoma, offers a diverse professional background spanning multiple industries. Mr. Smith currently serves as Chief Operating Officer for Seal Tite Lining out of Independence, Kansas. His career in the oil and natural gas industry began in an executive leadership and fundraising role with the state of Oklahoma’s leading oil and natural gas trade association, The Petroleum Alliance of Oklahoma (formerly known as the Oklahoma Independent Petroleum Association or OIPA), where he served for nearly 10 years. After successfully raising millions of dollars in support of the legislative and regulatory interests of Oklahoma’s independent oil and natural gas producers, Avery made a transition to the oilfield services side of the industry. This transition provided Mr. Smith with the opportunity to serve in various executive leadership roles including environmental compliance, production chemicals, produced water treatment, and well stimulation technology. In addition, Mr. Smith gained experience on the consultant side of the industry with responsibilities that included identifying, vetting, on-boarding, and maintaining relationships with oilfield consultants of all specialities, while ensuring compliance within IRS and other regulatory guidelines. Prior to entering the oil and gas industry, Avery served as Executive Vice-President of Sales and Marketing for America’s Incredible Pizza Company, a nationwide chain of large footprint, indoor family entertainment centers. In addition to working in the energy and family entertainment industries, Mr. Smith worked in the healthcare and commercial insurance sectors.

Avery and his wife Amy met in 1983 in Phoenix, Arizona as nine year olds and were married just 10 years later in 1993. They are the proud parents of three grown children and three really cool grandchildren. Avery and Amy’s son Tyler serves in the Oklahoma Army National Guard. Tyler, also known as “Smitty,” is currently deployed at a Forward Operating Base in the Middle East