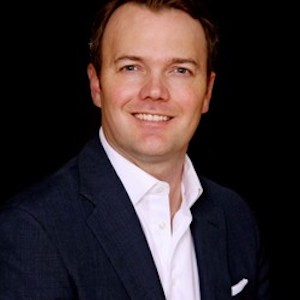 Rob Allen is Co-founder and Managing Broker of Sage Realty Partners in Nichols Hills, OK. He was born and raised the fourth of five children—attending Westminster School and Bishop McGuinness Catholic High School in Oklahoma City. During his senior year of High School, Rob enlisted in the Army Infantry as a Private. Over the course of a decade-long Army career, Rob graduated college as a distinguished military graduate, deployed twice to Iraq, and achieved the rank of Captain. During that time he was awarded the Bronze Star, Purple Heart, Three Army Commendation Medals, Two Army Achievement Medals, the coveted Combat Infantryman Badge and Combat Action Badge, and numerous other awards. He left the Army in 2009 to raise his family and attend Oklahoma City University School of law.

Upon graduation, Rob went to work as an in-house attorney at a Fortune 500 oil and gas company. During that time, Rob managed litigation, negotiated settlements, and advised clients in multi-million dollar disputes. Rob left the oil and gas industry in 2015 to pursue a passion he developed in law school – Real Estate. Rob has led Sage to be one of the top boutique real estate brokerages in the Oklahoma City Metro Area—with sixteen sales associates and a goal of $60m in sales per year. Rob is a year-after-year multi-million dollar producer with a keen eye for details and a knack for guiding clients and peers through difficult issues.

Rob lives in Edmond with his wife and four children. The Allen’s are parishioners of Christ The King Catholic Church. Rob is a member of the St. Joseph’s Society, The Oklahoma Men’s Dinner Club, the Society of Mineral Lawyers, the Oklahoma Bar Association, a Life Member of the Military Order of the Purple Heart, and President of the Thunderbird Chapter of The Association of the United States Army. Rob also volunteers his time as a Den Leader with the Boy Scouts of America.