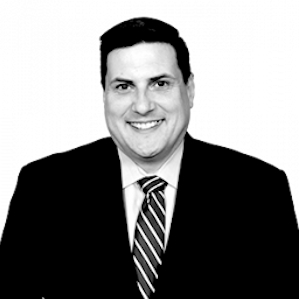 Brian is a Senior Manager at Grant Thornton LLP, a professional services firm. He was raised in a suburb of Los Angeles, California and lived there until joining the Army in 1998. Brian was Airborne Infantry serving with the 82nd Airborne and 2nd Infantry Division. Brian was deployed to the initial conflict in Kosovo, stationed in Korea, and active on 9/11. During his time he was awarded three Army Commendation Medals, an Army Achievement Medal, parachutists’ wings and numerous other awards.

After his enlistment Brian, returned to Southern California and managed restaurants for Brinker International. He was chosen to open several Chili’s in a new emerging market in the Los Angeles area, recording the largest opening for the chain at the time. His tenure ended in 2008 with the recession. Brian decided to go to school and earn separate accounting and finance degrees from Oklahoma State University.

Brian has over 7 years of public accounting experience leading large multi-national audits of both public and private companies. He has experience with initial public offerings, acquisitions/mergers, SOX 404 implementation, carve out audits and comfort/consent letters. He has worked in a variety of industries including energy, consumer and industrial products, government and universities.

Along with the public and private company audit experience, Brian serves as the National Coordinator for the Veteran’s Business Resource Group at Grant Thornton. The BRG’s mission is to drive success by attracting, developing and leveraging the leadership experience of the military community. He leads the group through the development of its program material under the Diversity and Inclusion branch of Grant Thornton. He speaks regularly at universities and events focused on veteran transition into the business community. Brian also fosters the corporate partnership with the PGA through involvement in the PLAYERS’ championship Patriot Outpost.