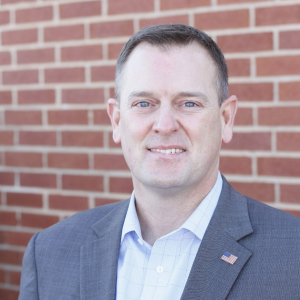 Board Member, Former Board Chair

Scott served in the United States Air Force from 1993-2003, spending 7 of those years serving overseas in various locations. Scott also took part in several US Operations including Operation Allied Force, Operation Northern Watch, and a support role overseas in the days and months following the September 11th attacks on the United States.

Scott is a former Board Chairman at Warriors for Freedom and the founder of our Warrior Scuba Program which uses Scuba Diving as a form of therapy and camaraderie for our veteran community.  When not volunteering his off time serving his fellow veterans, Scott works in the Immunology and Dermatology Division of Novartis Pharmaceuticals. At Novartis he strives to make a difference by assisting Doctors and their staff, as they work to improve the lives of their patients.

Scott is a native of Oklahoma and resides in Goldsby, OK, with his wife, Tiffany, and their children. He is the proud parent of his son, Mitchel, who is currently serving in the United States Navy; his step-daughter, Kaegan, a student at the University of Oklahoma Physician Assistants program, Maelyn, a student at Oklahoma City Community College and Ellie Grace (Age 4).